A bunch of morons dressed as zombies attacked a car outside Comic Con last night -- smashing the windshield and scaring the family inside -- with the driver ultimately RUNNING OVER a woman as he tried to drive away.

San Diego PD says ... the insane scene unfolded during the annual "Zombie Walk" -- where people dress up as the undead and stumble down the street.

But during the "walk" ... the zombies approached a car stopped at an intersection and began ATTACKING the vehicle ... despite the fact there was a family inside ... including two small children.

Cops say the zombies began beating on the car -- with someone even jumping on the hood and smashing the windshield.

Turns out ... every family member in the car is deaf -- and cops say they began to get scared. The driver tried to punch it out of there and drive away and struck a 64-year-old woman in the process.

The woman -- who was NOT in the zombie march -- was hospitalized with a possible broken arm.

Police say no arrests have been made so far -- but they're investigating. 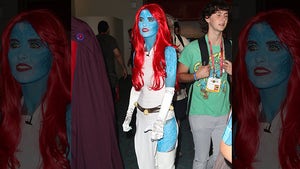 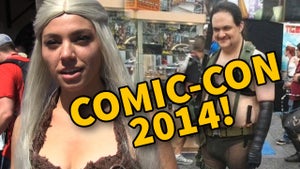 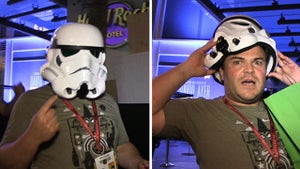