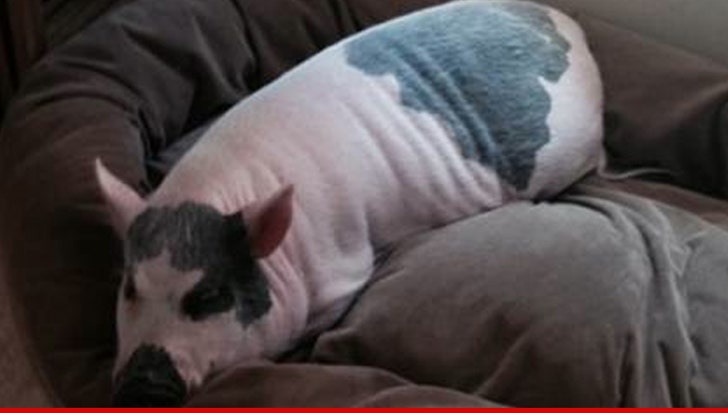 "Young and the Restless" star Kevin Schmidt's famous pet -- Yuma the Pig -- has scored a children's book deal and will go on tour to promote it ... but he needs to drop a lot of sausage first.

Yuma's a micro-pig -- which typically weigh 45 lbs ... but has ballooned to more than 80, meaning Kevin and his hog have some serious work to do before she hits the wheels of squeal in September.

Yuma's easily been worth her weight ... having already hammed it up on "A-List Pets" with Ian Ziering, booked several $15,000-a-pop public appearances, launched her own clothing line, chalked up 32,000 Twitter followers, and -- not to be forgotten -- recovered nicely from her near-death experience on TMZ Live.

Now if we can only get her off the couch. 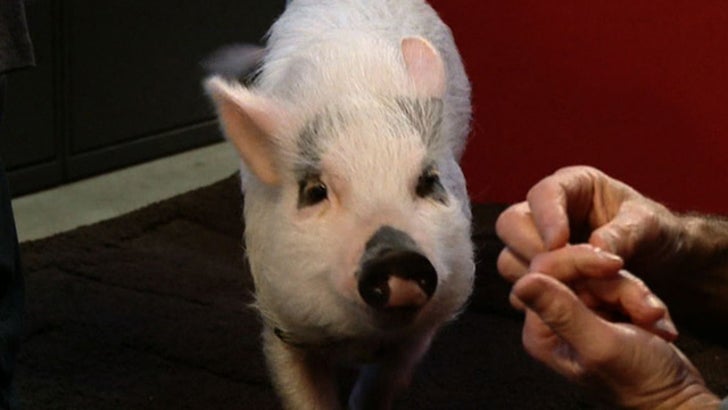 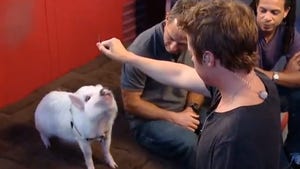 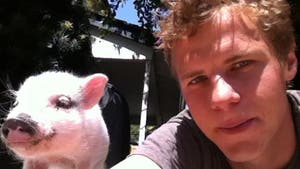