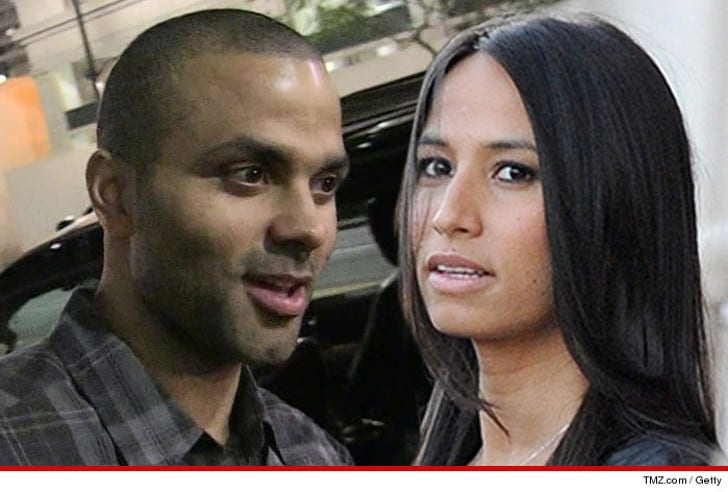 Tony Parker quietly married his longtime girlfriend in San Antonio … one day after signing a new 3-year contract with the San Antonio Spurs.

Parker and Axelle Francine -- a French journalist -- had a small exclusive ceremony … close friends and family only … according to People.

Tony and Axelle have been dating since 2011 -- the same year he finalized his divorce from Eva Longoria. The newlyweds had their first child back in April.

Tony also signed on the dotted line with the Spurs on Friday. The deal will pay him around $45 million … and almost guarantees the 32-year-old guard will play his entire NBA career in San Antonio.

New fat contract, new hot wife -- Tony hasn't had a weekend this good since that rager in Vegas for his bachelor party.