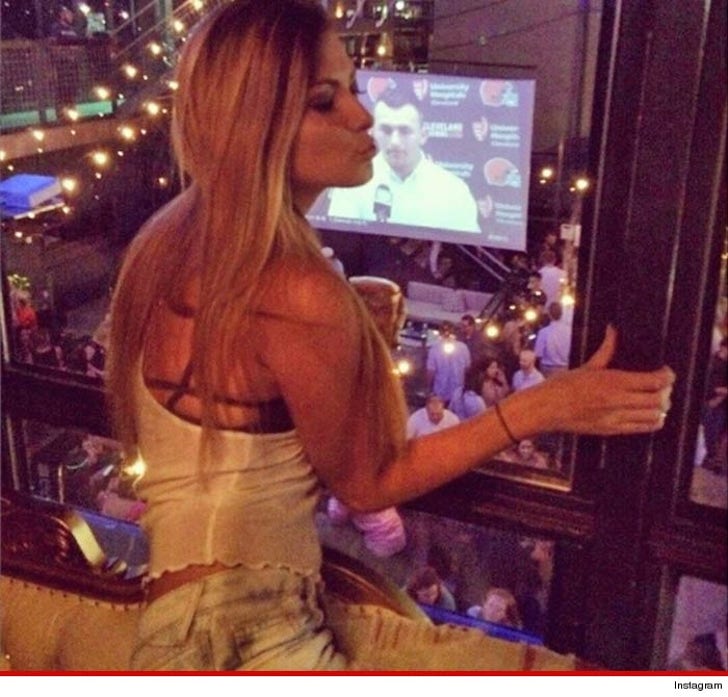 Johnny Manziel looks like he's ready to hang up his chick-chasing cleats -- and he and his GF let everyone know it this weekend with an Instagram that's either totally romantic, or borderline stalker-ish.

Smoke show Colleen Crowley posted a pic of herself pretending to kiss a screen showing Johnny's news conference after his first NFL preseason game -- which you'd expect. He's Johnny Football, after all.

Something Went Wrong
But the shocker -- Johnny reposted CC's pic with the caption, "Mine."

So, is Johnny getting serious enough to strap himself to one chick ... just as he's on the verge of NFL stardom?

All the signs are there, and honestly ... hard to blame him when you look at Colleen.