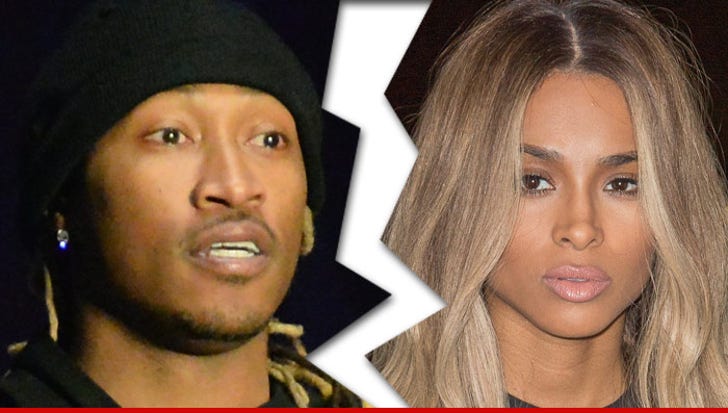 Future and Ciara are done for good ... the engagement is off and they are officially single ... sources connected with the former couple tell TMZ.

Ciara is the one who did the breaking up ... she claims he was cheating on her while on tour.

It's complicated ... because they have a 3-month-old son, Future Zahir. We're told she has the kid and fully intends to get custody.

As for Future's response to Ciara's allegations ... so far he's radio silent.