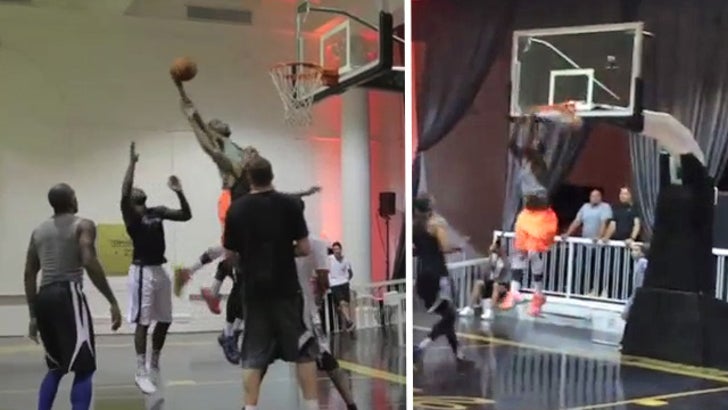 It was Knicks DOMINATION at a secret pick-up game in NYC today -- when Carmelo Anthony and J.R. Smith went HAM on some NBA competition at a gym in the Big Apple ... and TMZ Sports has the footage.
It went down at Terminal 23 -- an elite b-ball facility in Manhattan -- where the Knicks players balled with fellow NBA stars Lance Stephenson, David Lee and Chris Douglas-Roberts.

But the man who stole the show was J.R. -- who thew down a pair of nasty dunks ... including an impressive 2-handed reverse tomahawk.

We're told J.R. and Melo played on the same squad during the game -- and unlike most of last season, they actually emerged victorious.

Maybe change really does start in the gym.