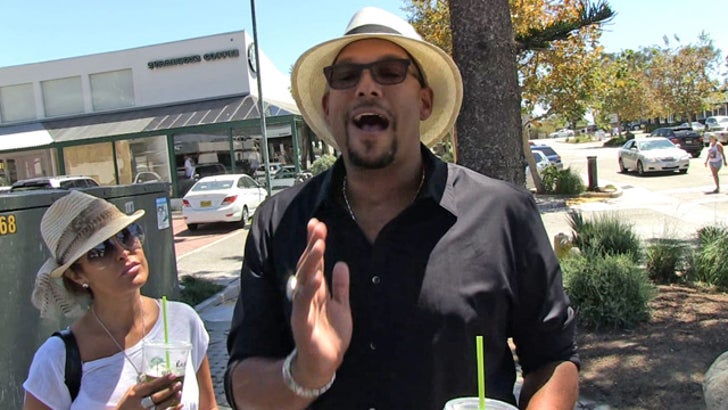 Barry Bonds is getting screwed -- and DESERVES his own plaque in the Baseball Hall of Fame ... so says former MLB superstar David Justice.

Here's the gist of David's argument:

Long story short ... if Barry's career was ended by injury in '97, he'd still be a first-ballot Hall-of-Famer ... and that's enough for Mr. Justice.

Of course, Bonds has been eligible for a spot in Cooperstown for the past 2 years ... but didn't get the votes he needed.