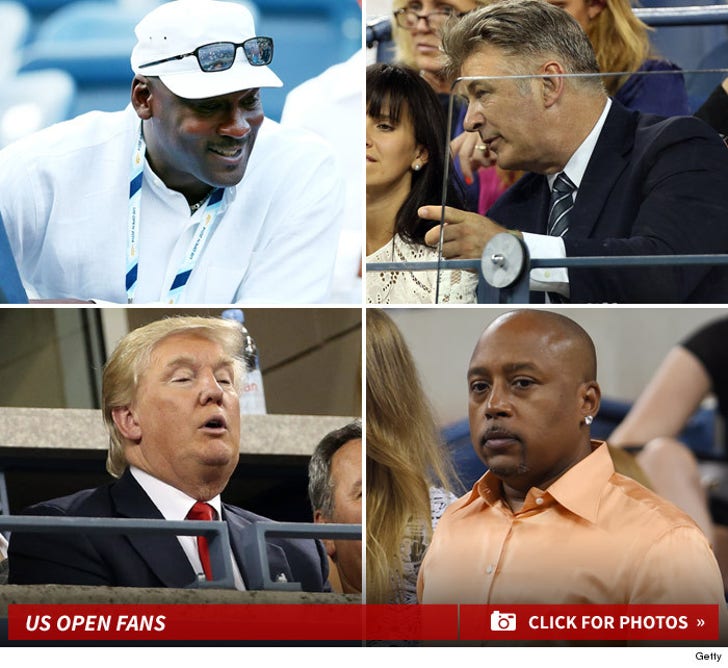 Rich people love tennis ... they LOOOOOVE it ... just ask Michael Jordan, Donald Trump and all the other loaded celebrities who jetted over to NYC this week to check out the action.

But who's got the fattest wallet????

Trump is said to be worth 4 TIMES that much.

And "Shark Tank" star Daymond John ... well, he's rich ... but probably out of his league when if you stack up the bank accounts.

Hey, sometimes it's who ya know ..