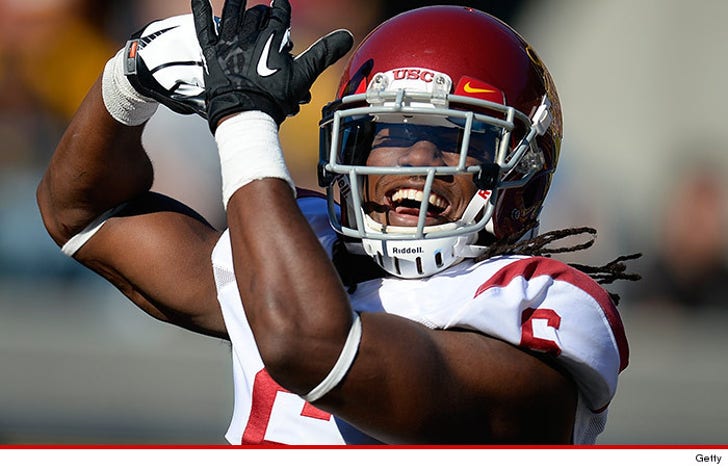 The LAPD is investigating a "possible domestic dispute" between USC football player Josh Shaw and his GF ... which they believe may have happened on the night Shaw injured his ankles.

As TMZ Sports first reported, a witness called cops last Saturday night after seeing a person "shimmying" down the side of an apartment building in downtown L.A. around 10:40 PM.

Now, cops are saying the witness also reported hearing a woman screaming in the moments before the man scaled down the building.

When cops arrived to the apartment, no one answered the door -- so they broke it down and found a window that had been pried open.

A woman who lives in the unit eventually returned -- and told cops the description of the man seen jumping out of the window sounded a lot like her boyfriend Josh Shaw.

Cops say the woman "did not indicate she was the victim" of domestic violence.

Still, cops say the investigation will continue. As for how Shaw REALLY injured himself on the night in question -- he still has not said a word other than that it did NOT happen while saving his 7-year-old nephew from drowning.