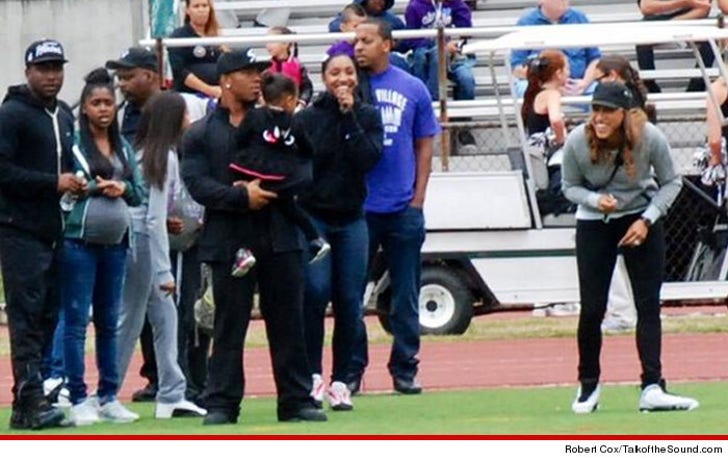 Ray Rice and his wife Janay have finally emerged in public -- attending a high school football game with their daughter Saturday .... laughing and smiling as if they didn't have a care in the world.

The couple surfaced in New Rochelle High School in NY -- where Ray played ball back in the day -- and cheered on the school from the sidelines.

Interesting, considering Ray's middle school recently took down his football jersey in the wake of the elevator attack video.

Meantime, the NRHS football coach expressed SUPPORT for Ray -- and said he will always be a part of the New Rochelle High family.

Ray didn't speak with the media -- and left before the game ended.