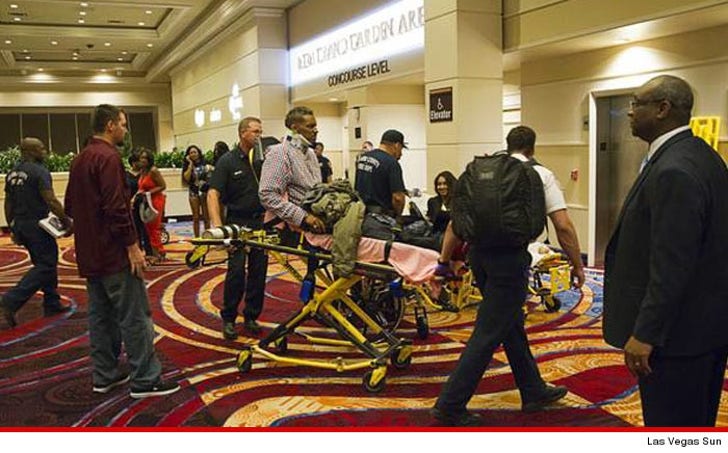 Hundreds of boxing fans were whipped into a frenzy after the Floyd Mayweather fight Saturday night ... and things got so out of hand one guy ended up in the hospital.

Moments after Money scored a unanimous decision over Marcos Maidana ... 2 fights broke in in the lobby -- causing scores of fans to run back inside the arena to avoid the fight.

One man was taken away on a stretcher ... but hotel officials tell the Las Vegas Sun -- he wasn't fighting ... he just got stampeded.

In case you forgot ... a similar incident went down after the Mayweather fight in May -- only that one was worse ... 24 people were hospitalized. 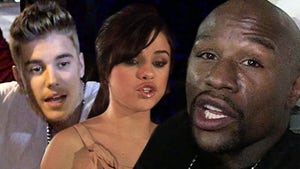