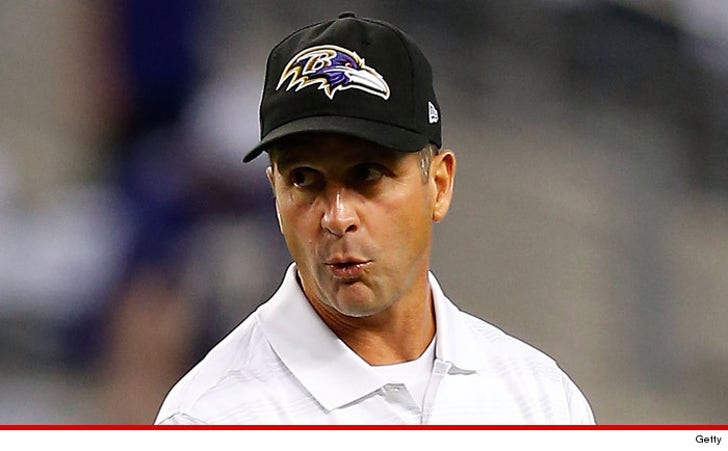 Baltimore Ravens head coach John Harbaugh is adamant ... he did NOT push to cut Ray Rice from the team after seeing the first "outside the elevator" video ... despite an ESPN report to the contrary.

The Ravens -- and Harbaugh -- have just issued a statement in response to the ESPN "Outside the Lines" article which said Harbaugh was "horrified" after seeing the 1st tape back in February and wanted Rice gone.

But now, Harbaugh says it just ain't true ... "I did not recommend cutting Ray Rice from the team after seeing the first videotape. I was very disturbed by that tape, and I told people that the facts should determine the consequences."

Harbaugh added, "When I saw the second videotape, I immediately felt that we needed to release Ray."