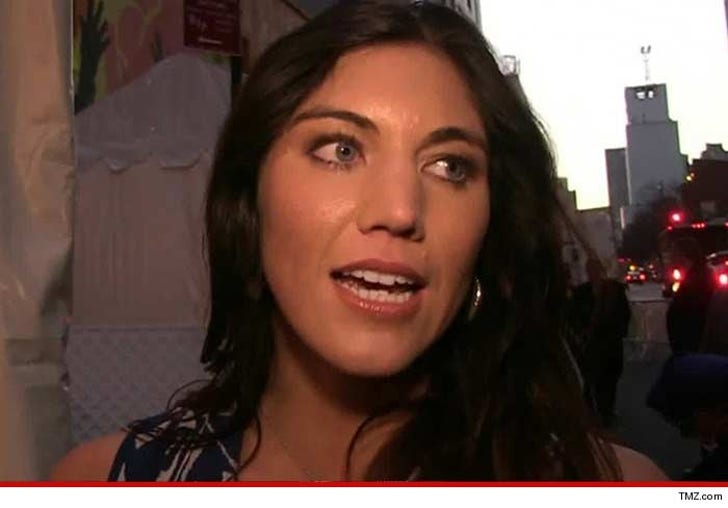 Team USA soccer star Hope Solo says the scumbag who hacked and leaked her private photos online has gone "beyond the bounds of human decency"-- claiming her right to privacy was completely violated.

Solo is part of a group of celebrities whose private emails and text messages were exposed to the world in an event called "The Fappening" -- but Hope tells TMZ Sports she's trying to put a stop to it, ASAP.

"It is extremely sad and unfortunate that the rights of so many women were violated by the unauthorized release of private photographs," Solo tell us.

"This act goes beyond the bounds of human decency and, as such, I stand united with all the women affected and am exploring every option to protect my privacy."

Solo also issued a statement addressing the domestic violence charges she's facing -- stemming from an incident back in June where she allegedly attacked her 17-year-old nephew.

"While I understand the public desires more information regarding the allegations against me, I continue to maintain my innocence against these charges."

Solo continues, "And once all the facts come to light and the legal process in concluded, I am confident that I will be fully exonerated."