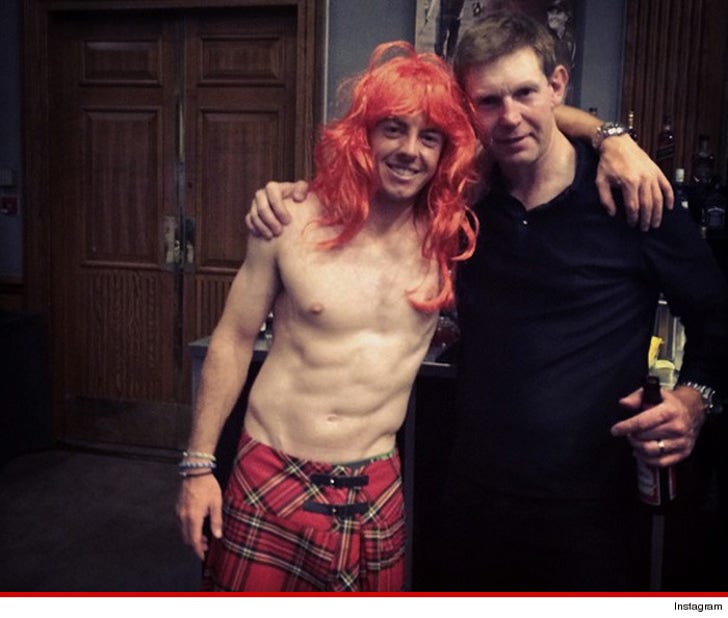 So ... Rory McIlroy is pretty ripped.

Dude just posted a shirtless pic on his Instagram page -- sporting nothing more than a red wig and a kilt ... along with a message that reads, "Got into the Scottish swing of things last night with Stevie G!"

Gonna take a wild guess that alcohol was involved ... considering the way he dominated in Europe's big Ryder Cup victory over the weekend.

But hard not to notice Rory's physique ... which could explain why Caroline Wozniacki took the breakup so hard.

6:19 AM PT -- Apparently, McIlroy wasn't the only golfer up for topless partying last night ... because 2 guys from Team USA also went with the kilt + wig look.

Check out the pic of Ricky Fowler and Bubba Watson -- who LOST -- yet still decided to rage after the tourney. 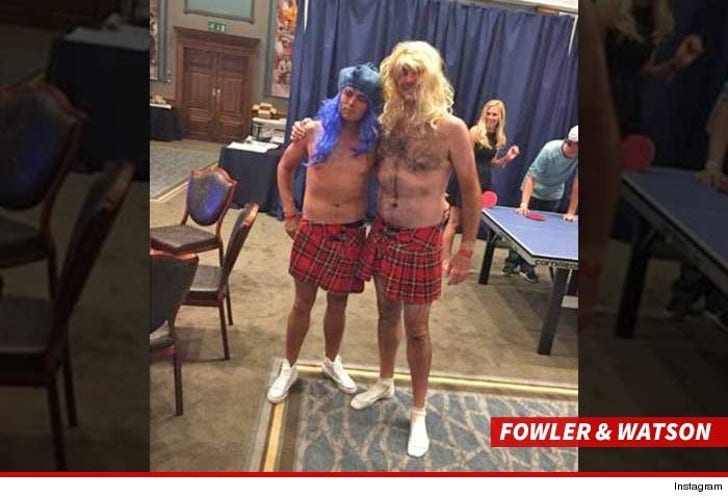