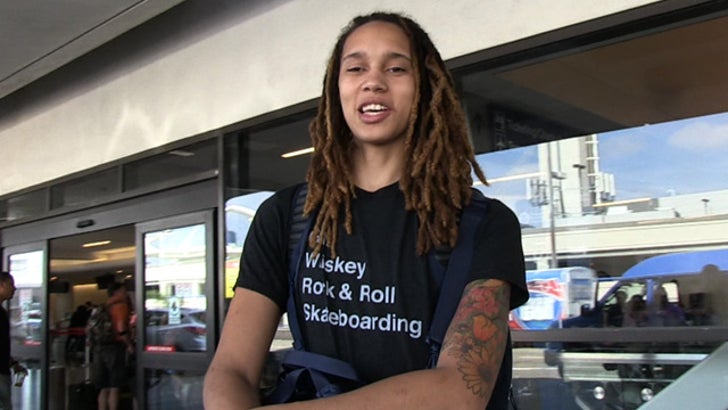 WNBA superstar Britney Griner has a message for the Ohio man begging to be released from jail so he can watch LeBron James play next year ... dude, get a TV.

The All-Star center was at LAX when TMZ Sports asked her about Jason Goudlock, an Ohio prisoner who made headlines for asking for parole from his 20-year sentence ... so he could watch the Cavs.

Peep the clip -- anyone expecting some sympathy from the 6'8" ball swatter will be sorely disappointed.

Tough on scorers, tough on crime.