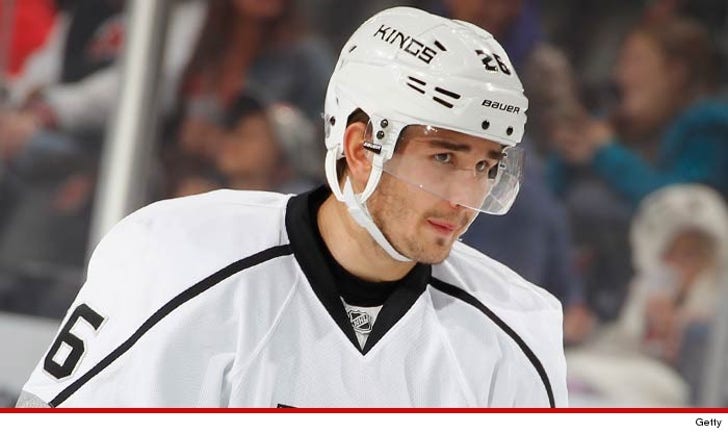 The woman who was allegedly attacked by L.A. Kings star Slava Voynov was injured so badly, she was rushed to the hospital ... where staffers called the cops on Voynov ... TMZ Sports has learned.

Law enforcement tells us ... Voynov was actually arrested at the hospital in Torrance, CA around 1 AM Monday morning on suspicion of domestic violence.

We're told Voynov had accompanied the woman to the hospital -- and shortly after they arrived, hospital staffers called authorities to report Voynov as the person suspected of attacking the woman.

Our sources also ell us the woman claims she was in a relationship with Voynov.

Voynov was hauled to a nearby jail -- where he was eventually released on $50k bail.