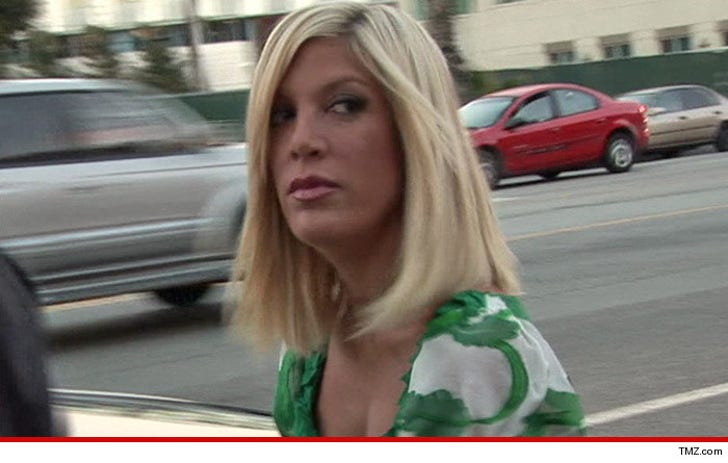 Tori Spelling had several of the symptoms, and got treated like an Ebola patient this weekend when she was hospitalized with a bunch of illnesses ... TMZ has learned.

Sources tell us Tori was running a fever, coughing uncontrollably, and having trouble breathing ... when she was taken to Cedars Sinai Hospital. We're told Tori was quarantined from other patients, and medical staff took precautions while treating her.

While it sounds scary ... we're told it's NOT Ebola -- but instead Tori was admitted for a severe case of bronchitis with a sinus infection. Doctors are running blood tests, and a lung specialist is going to check out her bronchitis.

We're told Tori had to cancel a scheduled press tour for the 2nd season of her reality show.