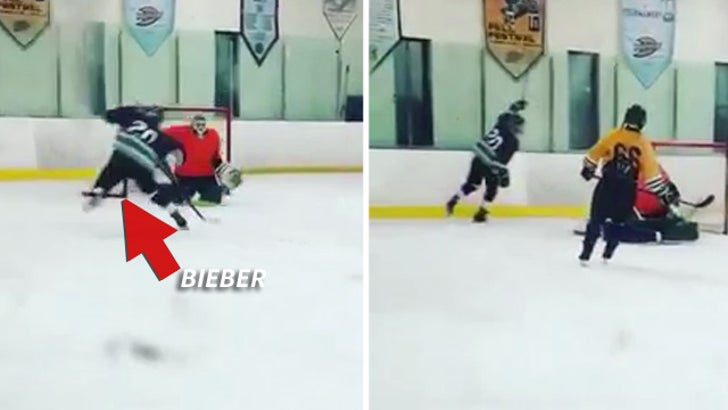 Say what you will about Justin Bieber ... the dude can play hockey.

Bieber hit the ice at the L.A. Kings Valley Ice Center and scored a goal that featured some impressive skating, impressive puck handling and an impressive shot at the end.

Honestly, it's pretty damn good ... and Bieber knew it -- 'cause afterward he tweeted, "My dangles were unreal ... did u see that shot? I'm number 20. #dangles #20 #iceicebaby #uthoughtthiswasagame #imadethatpuckmybitch."