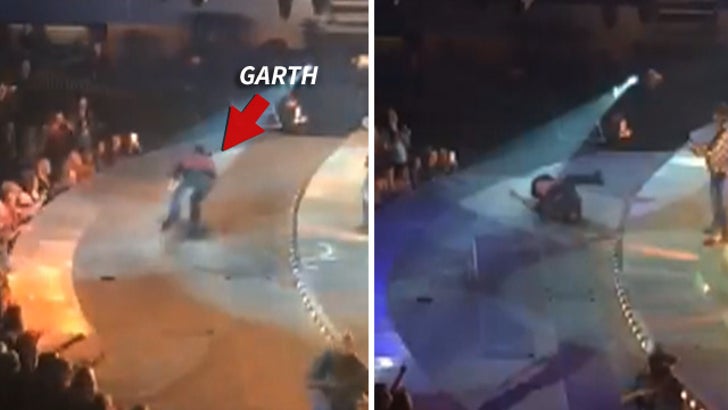 Garth Brooks made one of the sweetest sounds ever Friday night in Kentucky ... but it wasn't a tune from one of his songs -- the guy took a nasty tumble on stage and let out a serious yelp.

Brooks was performing in Lexington for the first time in 16 years and during his encore performance of "Tearin' It Up (And Burnin' It Down)" the singer slipped on a moving stage piece ... and TOTALLY ATE IT!

In case this sounds familiar ... the country singer pulled a similar move at a show in September -- when he attempted to jump in the air during a song and failed.

Tearing it up ... and falling down. 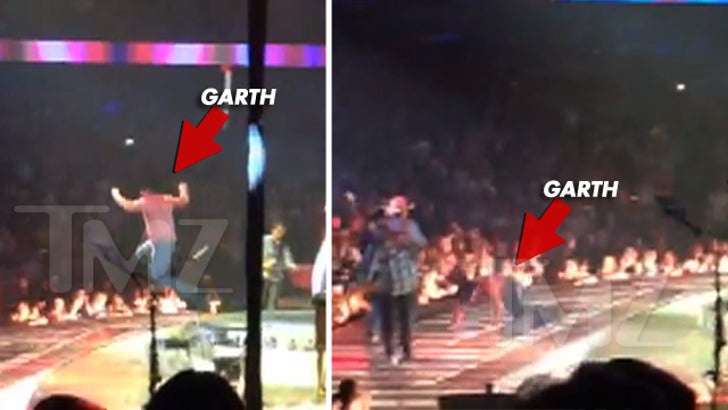 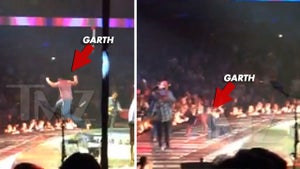