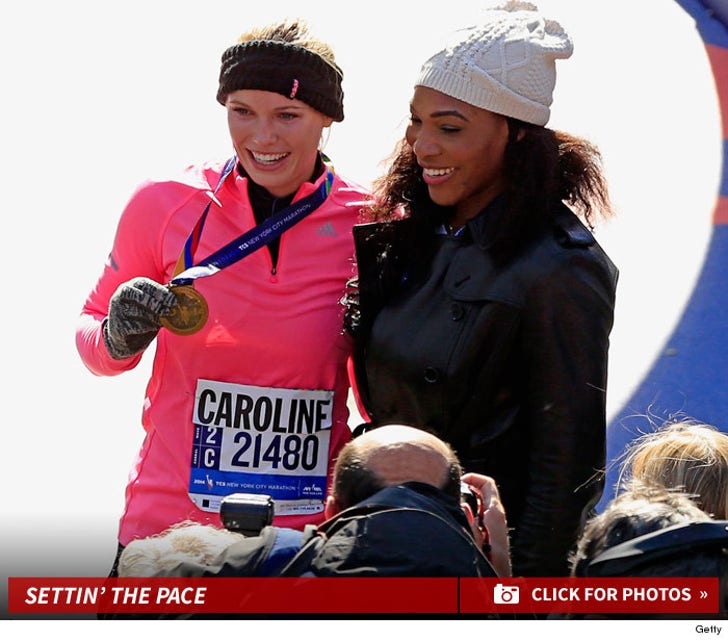 Wozniacki's time was 3:26:33 -- an amazing time for anyone, much less someone running her first marathon. Besides Tiki ... CW also beat NBA players like Dikembe Mutombo, Allan Houston, and Charles Oakley -- who ran on a relay team. Checkout our gallery for shots of all the famous marathoners (and some spectators.)

Yes, it's impressive just to finish -- but it's also cool to have bragging rights. Just ask Caroline. 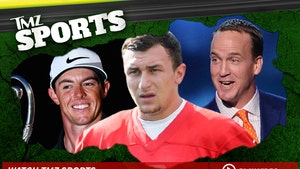 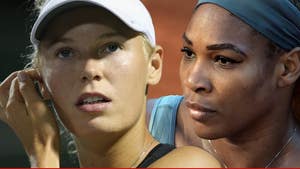 Serena Williams to Carolina Wozniacki -- I GOT YOUR BACK!!! 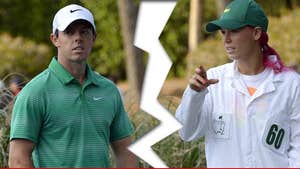 Rory McIlroy & Caroline Wozniacki Break Up -- The Wedding Is OFF