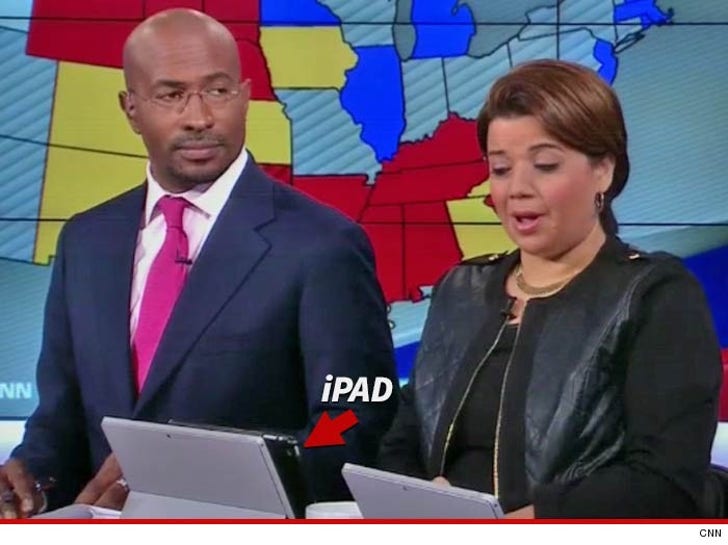 CNN just got busted in the biggest political cover-up, and it has nothing to do with Benghazi or the IRS -- instead it's all about ... TABLETS!!!

Last night CNN's Election coverage experts were given Microsoft Surface Pro 3 tablets to use. It was reportedly part of a product placement deal ... and competing devices -- like the iPad -- were supposed to be no where in sight.

Not everyone got that memo ... because Jake Tapper and Ana Navarro were caught on camera using the Surface Pros as shields to cover up their iPads ... which they were clearly still using.

With 100% of precincts reporting, we are prepared to call this race ... for the iPad.

A Microsoft spokesperson was "unable" to comment on the apparent CNN gaffe. 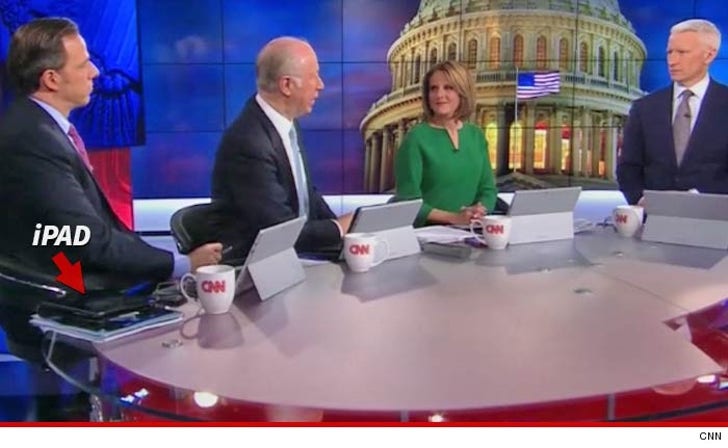