Ramses Barden won a Super Bowl in 2012 with the New York Giants -- but now the former wide receiver is looking to win whatever you get for winning in Australian rules football (we're guessing a koala or something.)

Barden has signed up for a new docuseries called "American Footy Star" ... which features several ex-NFL and ex-NCAA players who are attempting to make it in the Australian Football League.

He was on the Jacksonville Jaguars practice squad earlier this year ... but was cut before the season began.

But Ramses is confident there's a future for him Down Under -- saying, "I definitely believe there is a place for me in Australian Footy based on my athleticism, wide receiver skill sets, and my NFL experience." 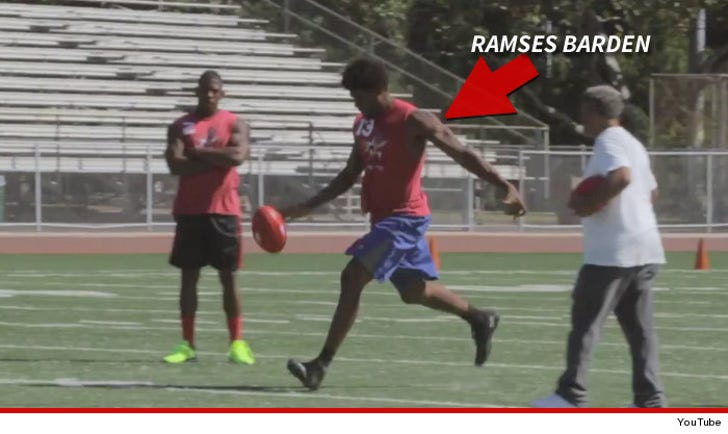