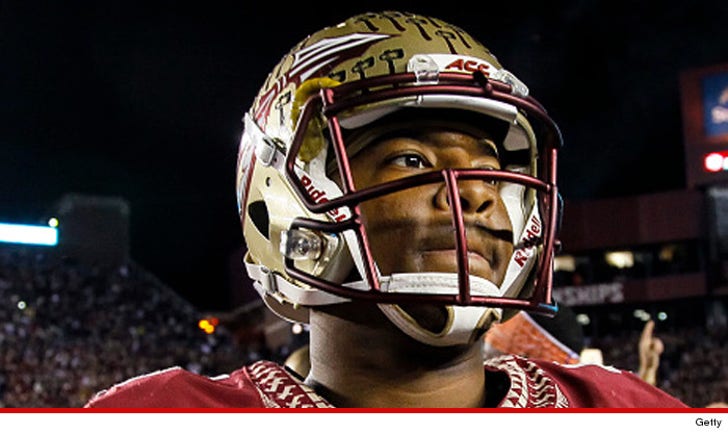 3:15 PM PT -- The hearing just ended. Jameis said nothing on his way out, but his attorney called the whole process a sham because he feels the accuser is merely trying to set up a civil lawsuit.

Florida State University quarterback Jameis Winston returned to the FSU campus moments ago for Day 2 in his Student Conduct Code hearing ... where several witnesses are expected to be called.

Winston arrived in a suit along with his lawyer -- unlike yesterday, Winston left the pocket square at home this time.

Among the witnesses expected to testify today -- the FSU police officer who first responded to Winston's accuser on Dec. 7, 2012 ... the night of the alleged sexual assault.

The hearing could end as early as today. Once it's over, the arbitrator usually gets 10 class days to issue a ruling.