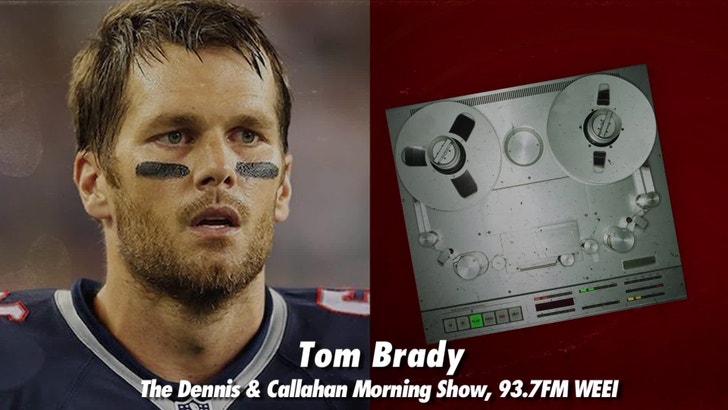 Tom Brady is a HUUUUGE fan of the F-word ... saying the reason he drops it so often on the football field is because "there’s nothing that quite expresses the way I feel like that word."

Brady has been dropping F-bombs like crazy recently ... and this morning when the QB called in to a Boston sports radio show, he explained why he uses that particular word.

"I wish I did have a better mouth out there at times, but there’s nothing that quite expresses the way I feel like that word."

Brady agreed with the radio hosts that it;s a "great" word ... "especially in the heat of the moment."

Brady also says he should NOT be the one to blame for the clips that have aired showing him cussing on the field ...explaining, "Blame CBS and NBC for putting it on TV. Don’t blame me.”

He went on ... "We’re not choirboys, I know that. You bring us up to a certain level of intensity to the game, you’re job is to go out there and physically, emotionally, mentally dominate the game. You don’t do that at church on Sunday. You’ve got to go to the football field for that.""

For the record, Brady says he's NOT allowed to use the word at home.