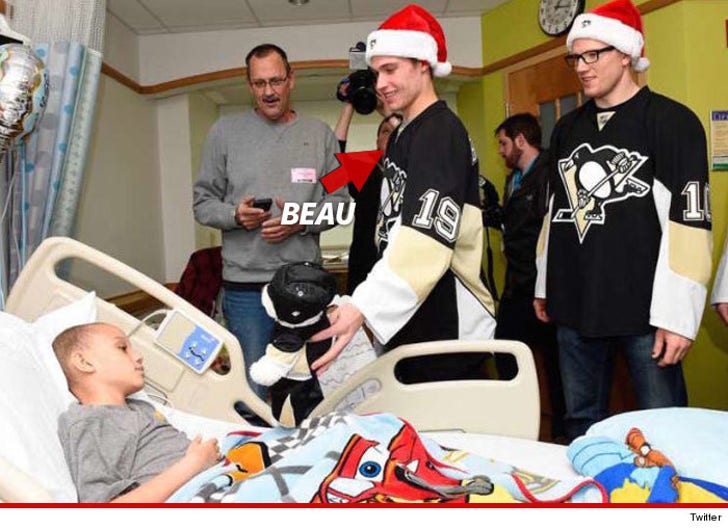 A children's hospital in Pittsburgh is dealing with a possible outbreak of the mumps ... which might have been caused by an NHL player who paid a visit recently to cheer up some sick kids.

The Pittsburgh Penguins are dealing with a mumps outbreak that has hit the NHL -- star player Sidney Crosby has it and winger Beau Bennett has shown symptoms and is being tested.

That would be bad enough, but Bennett was one of the players who visited the Children's Hospital of Pittsburgh last week ... so now the hospital is taking all sorts of precautions.

A rep for the hospital tells TMZ Sports they are in the process of ID'ing who came in contact with Bennett so they can start administering vaccines ... and will even place some kids in isolation, if need be just to be safe.

The hospital says they'll be doing the same with the staff as well.