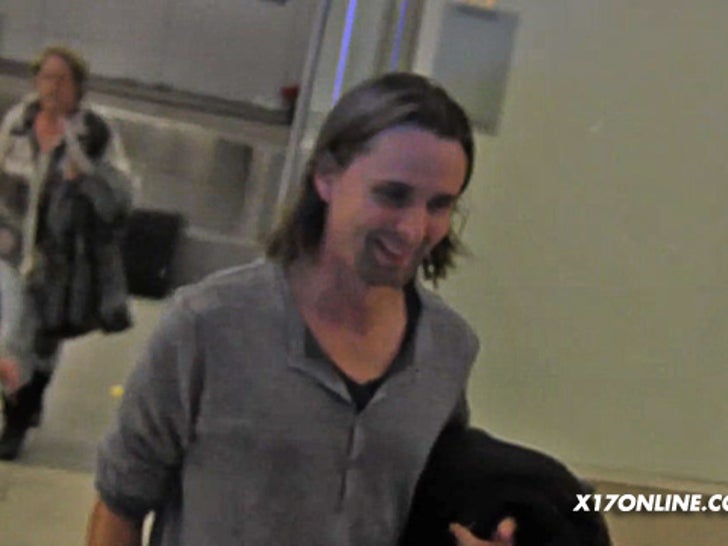 "Happy" is not a word you'd expect to hear from Matt Bellamy when asked about his split from Kate Hudson, but he did ... and it comes off like a dig at his ex.

Hudson and Bellamy called off their engagement last week after dating for four years. They have a three-year-old son together.

And when paps at LAX asked the Muse rocker about the break-up, he used an obscure Australian phrase which loosely translates to ... happy as a pig in s**t.

Matt could've said nothing, or something nice about Kate -- instead, he chose "happy." Aggressive?