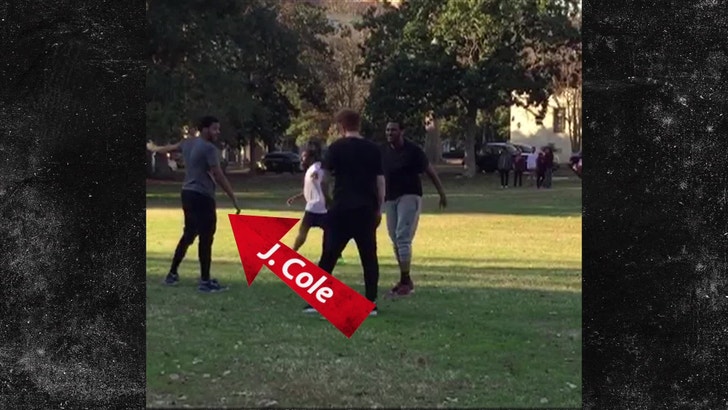 J. Cole is as slick on the field as he is on the mic -- TMZ Sports got video of the rapper tearing up the gridiron during a pick-up football game at Louisiana State University.

Cole is on tour, and during a stop in Louisiana yesterday he took to social media to organize an impromptu game by tweeting ... "Baton Rouge, I'm at LSU playing football and basketball for a minute. Pull up."

Plenty of people did just that -- watch the video ... J's mostly known for his skills on the bball court, but now we know the kid's got turf talent too.

A #1 album and he gets to hang with college chicks? We ain't mad, JC.