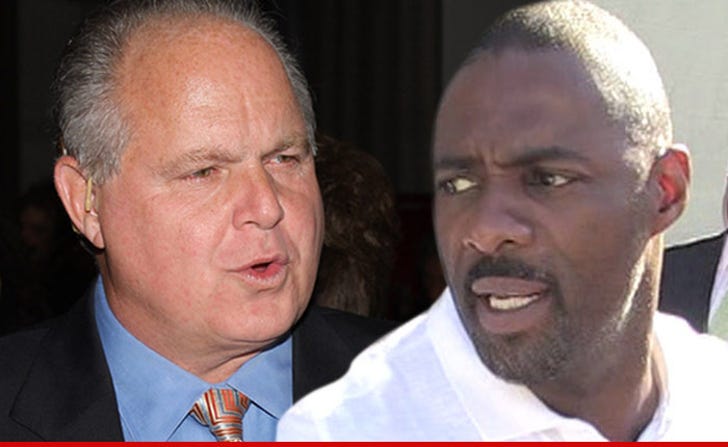 James Bond was white, is white and should always be white ... at least according to Rush Limbaugh.

On his radio show Tuesday, Limbaugh was reacting to a story that came from the leaked Sony emails ... saying Idris Elba, star of "Luther" and "The Wire," should take over the iconic part from Daniel Craig.

But Limbaugh feels that Elba (who he describes as "African-English," since Elba is a Brit) is not right for the role because Bond was created as a white guy and should stay that way.

Limbaugh said, "Now Sony is suggesting that the next James Bond should be Idris Elba, a black Briton rather than a white from Scotland. But that's not who James Bond is, and I know it's racist to probably even point this out."

Something Went Wrong
Limbaugh tried turing the tables, asking people what they would think if Barack Obama was played by George Clooney and Kate Hudson were to play Michelle.

Rush has a bunch of other examples you just have to hear.