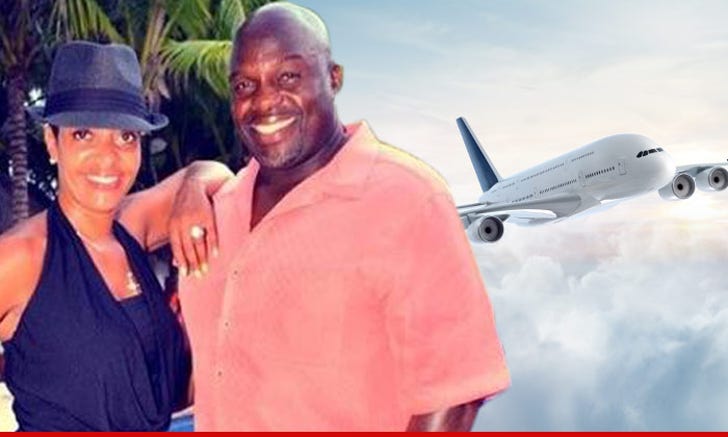 A routine flight turned scary for ex-NFL player Jamie Dukes and his wife Angela -- when their plane made an emergency landing on Xmas day because of an out-of-control passenger.

TMZ Sports spoke with the NFL Network analyst and his wife who tell us they were on Delta flight 81 from Atlanta to L.A. when the pilot announced the plane would be making an emergency landing in Albuquerque because of a security issue on-board.

The Dukes tells us ... the issue was a bizarre-acting male passenger who had been pacing around the cabin ... getting up to go to the bathroom at least 5 or 6 times in the 90 minutes they were in the air.

Angela tells us the man appeared emotionally unstable -- bursting into tears at multiple points in the flight.

We're told the situation reached the tipping point when the man tried to use the 1st class restroom near the cockpit ... and was denied.

That's when the man began having what appeared to be "confrontational" conversations with several passengers.

Angela tells us the buzz on the plane was that the man may have made a threat.

The pilot then made an announcement over the loudspeaker that he had made a decision to take the plane down in N.M.

"When we landed, he just took his info out ... put his hands up and said 'Just come get me,'" Angela says.

The passenger was removed from the plane and was questioned by the FBI. Officials say the man will not be charged with a crime -- but was not allowed back on the plane.

Angela says she applauds the airplane staff for how they handled the situation -- but says, "I just wished I could've sat closer to him to tell him 'Dude just chill.'" 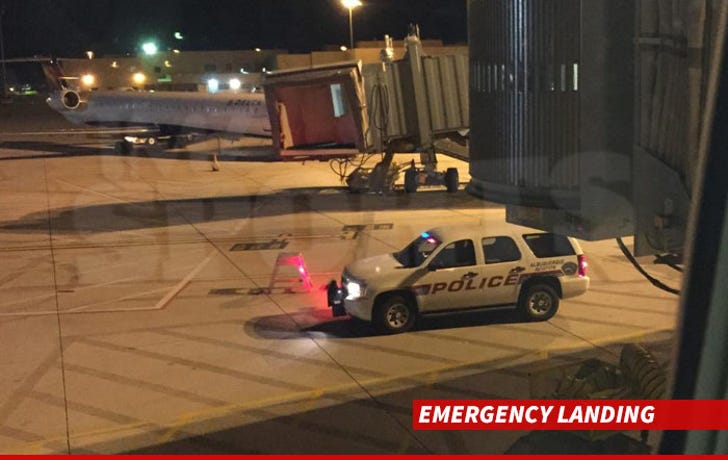