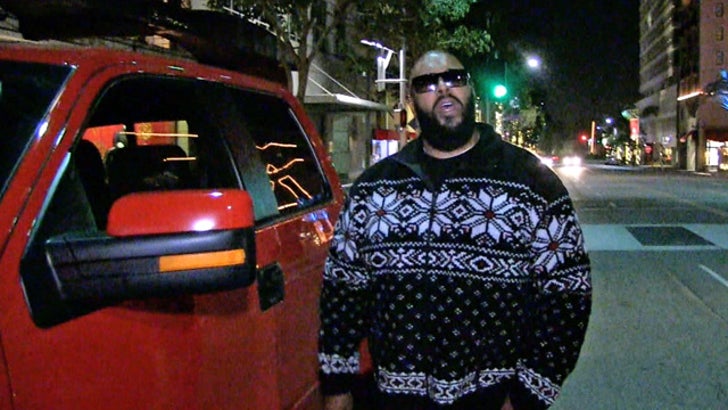 Suge Knight says parents have NO BUSINESS coaching their own kids in youth sports ... and in making his point, it sounds like the former Death Row head took a pretty personal shot at Snoop.

It all went down outside Mastro's Steakhouse in Bev Hills -- when Knight told TMZ Sports why he thinks the parent/child coaching dynamic is a bad idea that can be harmful to the kid.

But then came the apparent Snoop diss -- when Suge said, "A lot of fathers who didn't play football or play sports really try to pave the way for their kids to be great ... you can't do that."

Of course, Snoop -- who reportedly didn't play high school football -- has famously coached his son's youth football teams and even created his own youth football league in L.A.

What's interesting is Suge and Snoop had beefed for years ... but appeared to have called a truce last year when they ran into each other in an L.A. nightclub.

The funny part about Suge's statements ... Snoop's decision to coach his son couldn't have worked out better for Cordell Broadus -- who became a high school superstar and is currently one of the top-ranked wide receivers in the country.