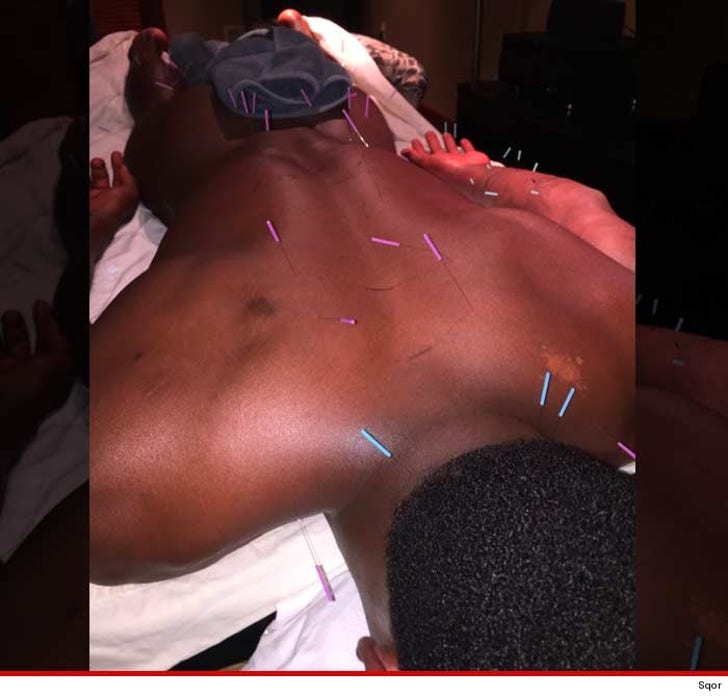 Here's Pittsburgh Steelers wide receiver Antonio Brown gearing up for this weekend's big playoff game ... by getting stuck with HUNDREDS of acupuncture needles.

Turns out, several Steelers players SWEAR by the traditional Chinese technique ... including linebacker James Harrison ... who claims it's the ultimate pain reliever.

In fact, some NFL stars can get super competitive when it comes to the treatment -- with Harrison once admitting he told his therapist to stick him with 300 NEEDLES after hearing an NFL running back was routinely treated with 232.