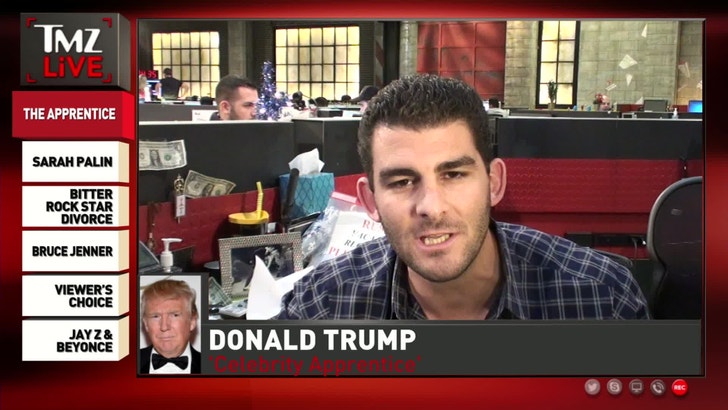 First, the good news ... Trump says he was super impressed with the former NFL star during the taping of "Celebrity Apprentice" ... saying he's got real potential to make it in the business world.

Now for the bad news ... Trump says T.O. has a pet peeve that causes Owens to LOSE HIS MIND -- and it's when people mispronounce his name.

Trump called in to "TMZ Live" and told us he's personally seen Owens "go crazy at people" who pronounce his name "Tah-Rell" instead of "Tear-ruhl" ... and said he had to explain to T.O. why he shouldn't take it so personally.

And get this, Trump says despite T.O.'s reputation -- he was a model citizen on the show ... and was well-liked by his cast-mates.

"He's obviously got his quirks ... but I really liked him a lot."