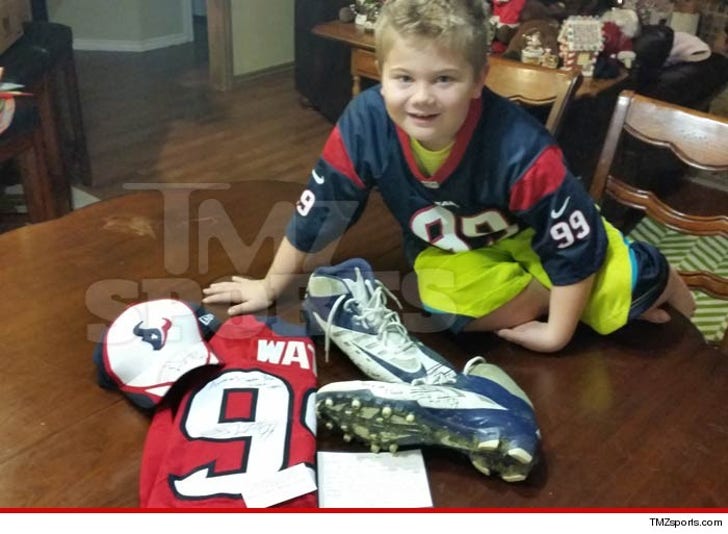 J.J. Watt's most badass 7-year-old fan just got hooked up with some serious swag ... including the cleats Watt wore during one of his most dominant games this season.

Anthony Tarantelli ﻿made headlines last month when he sent HIS autographed jersey to Watt ... and bragged about being the "most feared" pass rusher in his youth football league.

Watt vowed to return the favor and came through with an awesome package, including ... a jersey, a hat, and a letter from the MVP candidate. Anthony's dad tells TMZ Sports, "He told him to stay confident in himself, and keep working hard."

But the coolest gift was the cleats J.J. wore when he sacked the Jaguars QB 3 times in one game. Watt wrote "3 sacks" on the side ... and Anthony says they still had mud on them.

Anthony's father says, "For J.J. to actually follow through and hook the kid up with the gear ... it was a pretty sweet move." 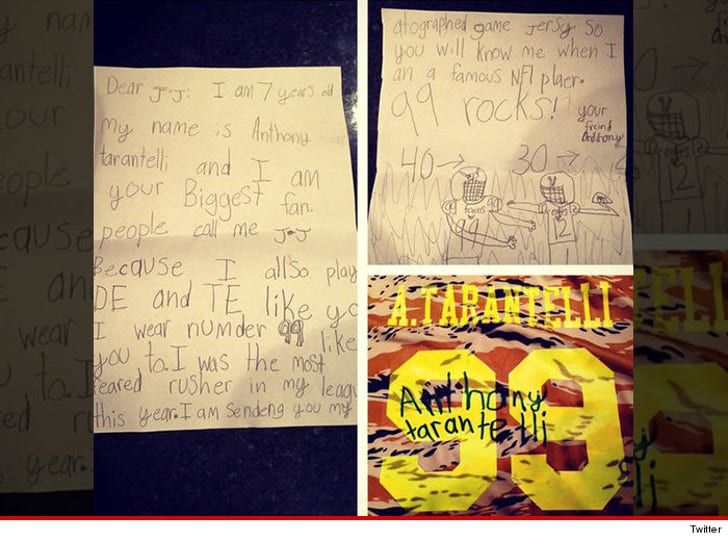 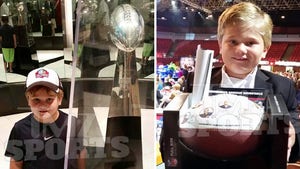