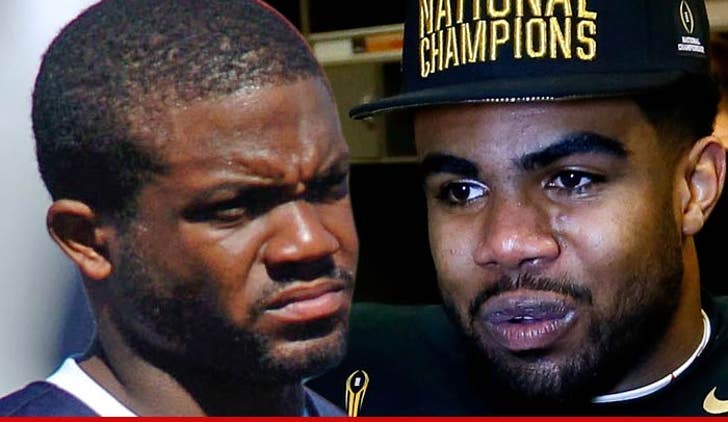 Maurice Clarett doesn't want another superstar Ohio State running back making the same mistakes that he did -- which is why he's begging Ezekiel Elliott to STAY IN SCHOOL.

Of course, Clarett knows what he's talking about -- he's the guy who famously left OSU after 1 season back in 2002 and challenged the NFL's draft policy which requires players to be at least 3 years removed from high school.

Clarett never returned to form -- even when he did finally get on an NFL team ... and now he's trying to pass on the lessons from his experience to the current OSU star running back.

After reading a report urging Ezekiel to skip his junior season and wait for the NFL, Clarett chimed in ... saying, "Ignore all of this Zeke.... I'm speaking from experience."

"You can't beat the machine (NFL). Go to class and focus on getting better as a ball player."

"Rather anyone likes it or not the system isn't going to change. Too much money and too many lobbyist are involved. Deal with it and stay focused my man..!!!"