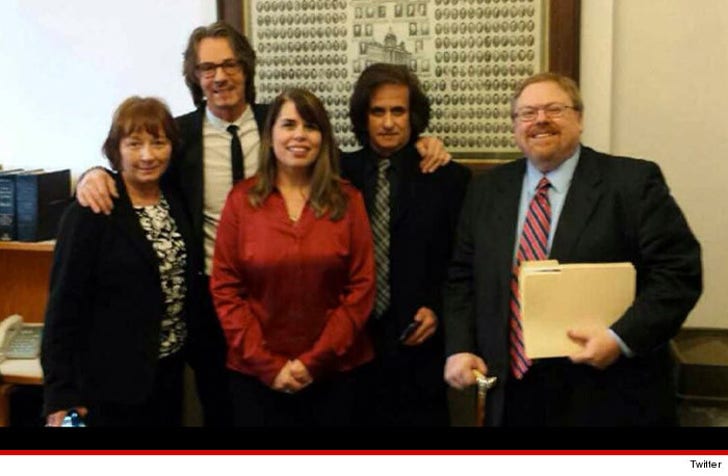 Rick Springfield and his ass have been cleared of knocking out a fan and leaving her disabled during a concert more than 10 years ago.

A jury found the 80s rocker was not negligent in the case -- Vicki Calcagno sued, claiming she was rendered unconscious when his butt somehow struck her during a 2004 State Fair concert. She claimed she'd been permanently disabled.

Springfield -- whose ass would never been confused with Nicki Minaj's or J.Lo's -- actually testified this week during the trial in Syracuse, NY ... and said he had no memory of the alleged incident.

He took a celebratory pic in court with attorneys after the verdict.