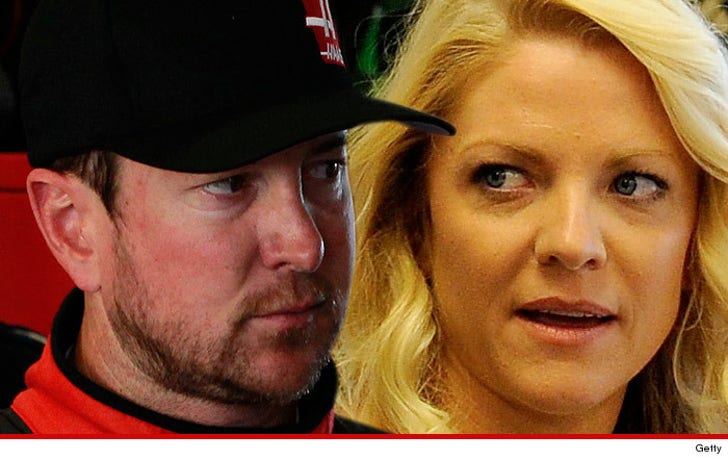 NASCAR star Kurt Busch sounded like he rehearsed all his answers, and may even have lied under oath when he testified in his domestic violence case ... according to the judge.

As we reported ... Busch's ex-gf Patricia Driscoll got a restraining order last week, and in new docs, obtained by TMZ Sports, the judge explains why he ruled against Busch.

According to the docs ... Busch came off like he had practiced reciting his version of what happened during the alleged incident last September ... in a very specific order. Anytime he was asked to break from that "memorized" order of events ... he got flustered.

The judge said "an honest witness" should be remember the truth in any sequence.

Further, the judge feels Busch "has so much to lose" -- his NASCAR career and endorsements -- he has "powerful incentive" to lie on the stand.

Busch's attorney is appealing the restraining order -- but clearly the judge has trust issues when it comes to his side of the story.