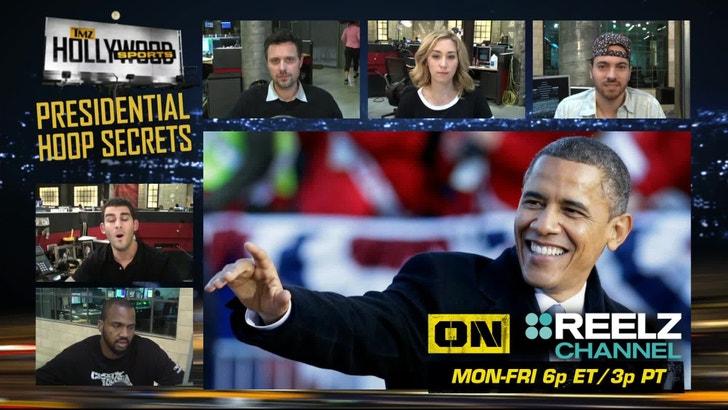 President Obama doesn't screw around at the waiver wire ... and won't obsess over Peyton Manning's passing yards -- 'cause he DOESN'T play fantasy football ... so says his ex-personal aide.

"He thinks it's a little time consuming. He's like 'I have other things to do," Love said.

Reggie also tells us Vice President Joe Biden has a BALLER for a granddaughter -- seriously -- and she's so good, Love says he expects her to be recruited by the best college programs in the country.