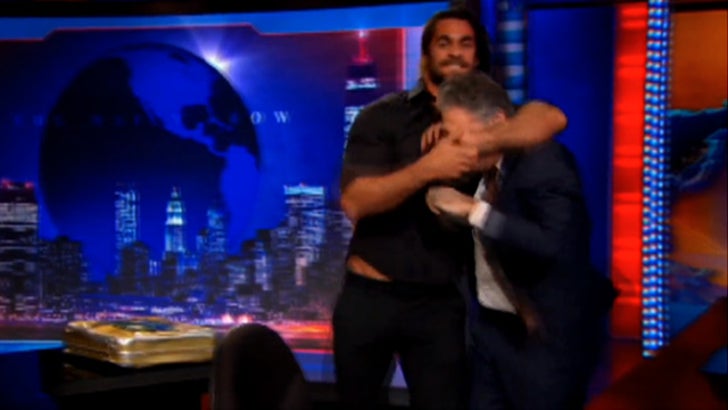 WWE superstar Seth Rollins hijacked Stewart's "Moment of Zen" on "The Daily Show" Thursday night ... in response to the smack talk video that Stewart recently made.

But Rollins didn't just talk the talk ... he then snuck up behind Jon and put him in a HEADLOCK!!!

It was pretty hilarious ... and fulfilled the promise Rollins made on "TMZ Hollywood Sports" ... when he said he'd whoop Jon's ass for running his mouth earlier this month.

And apparently the drama will continue ... with Jon promising to face off with Rollins on next week's "Monday Night Raw!!!!" 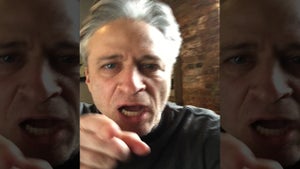