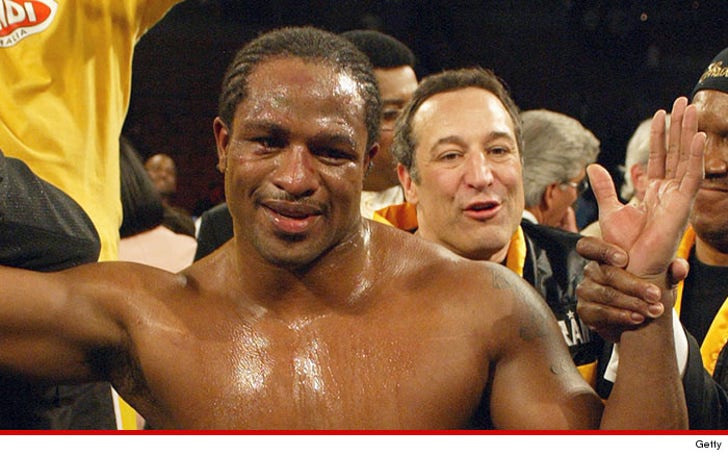 Of course Sam Simon is famous for "The Simpsons" and his philanthropy -- but he was also hugely into boxing ... managing former WBO Champ Lamon Brewster, and even stepping in the ring with him!

Brewster was emotional about the loss of his manager and friend when he spoke to TMZ Sports ... telling us, "Sam would spar with me to help me get ready for my fights." That's pretty crazy when you consider Brewster was a beast at 6'2" and 226 pounds!

Brewster says Simon was always a big fan of boxing in general, but after legendary trainer Freddie Roach introduced them -- Simon became his manager from 1999 to 2006.

Simon's guy got the WBO belt in 2004 by knocking out Wladimir Klitschko -- and Simon was right by his side to celebrate in the ring. Brewster says Simon was like a father to him ... who "was always giving me life advice and cracking jokes."

He added, "Sam is now in a great place and I am pretty sure he is up there telling jokes."