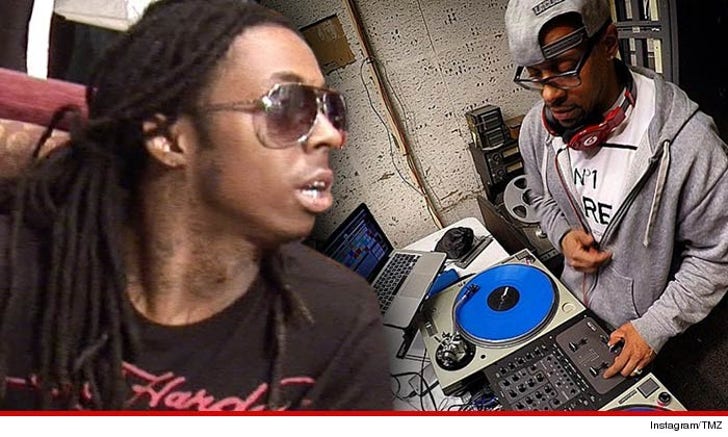 Lil Wayne has decided to forgive and forget after he hurled his mic on stage and stormed off in the middle of a concert, after his DJ screwed up.

Wayne went nuclear at a college concert this week after DJ 4our 5ive played the wrong version of "I'm in Love with the Coco." 4our 5ive played the version with O.T. Genasis ... he was supposed to play the track and Wayne would then sing his version, trashing Cash Money.

We're told Wayne was livid at 4our 5ive, and not just because of the "Coco" screw up. Wayne says he also had messed up the order of songs and played Coco prematurely -- it was supposed to be the final tune.

The Henry Kissinger of Rap, Mack Mayne, brokered a peace accord Friday night between Wanye and his DJ of 8 years. Mayne convinced Wayne his DJ was just one of several people who screwed up.

So 4our 5ive will appear with Wayne Saturday night in Austin at SXSW.