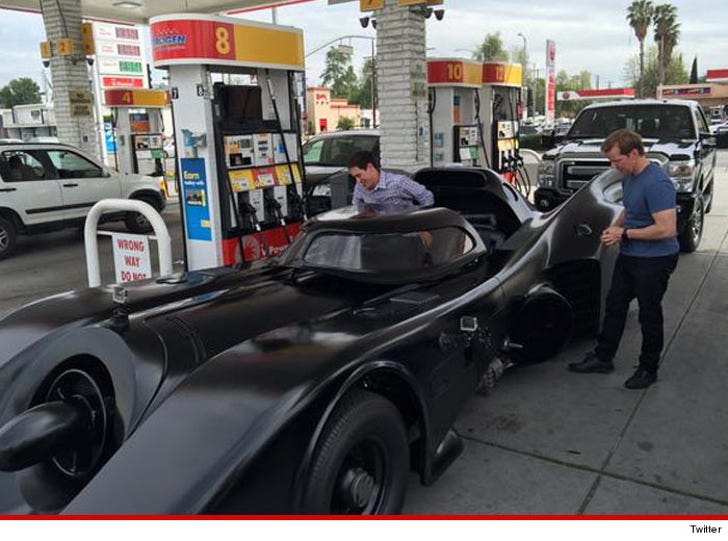 NASCAR superstar Joey Logano was channeling his inner-Bruce Wayne out in Los Angeles Tuesday -- cruising around the City of Angels in a Batmobile.

And not just any Batmobile ... the good one from the Michael Keaton era. 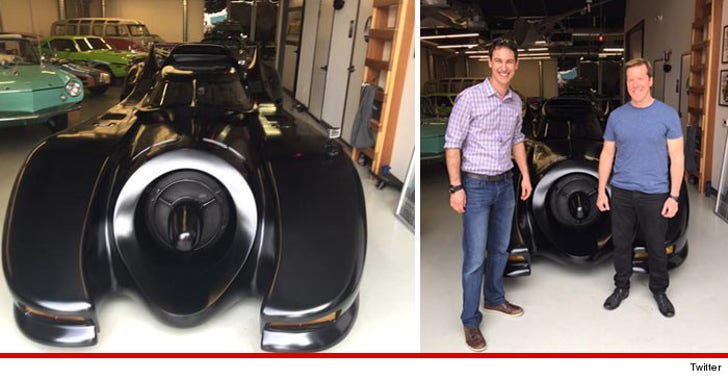 Turns out, Logano was hangin' with Vegas mega-comic Jeff Dunham (the ventriloquist) ... who owns the car and wanted to take Joey out for a spin.

But like any other whip, the Batmobile requires gas ... so they stopped at a Shell station and filled up ... 91 of course.