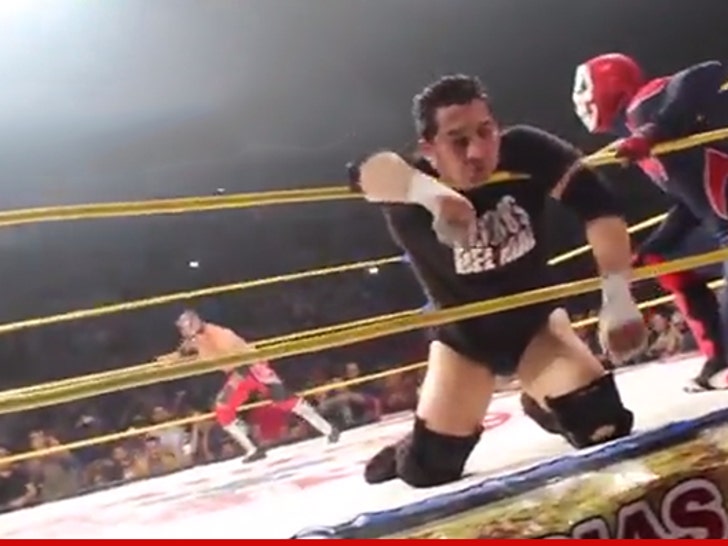 A popular Mexican wrestling star was killed during a live show in Tijuana last night when a fighting stunt went terribly wrong in the center of the ring.

El Hijo Del Perro Aguayo was taking on former WWE star Rey Mysterio Jr. when he was performing a stunt and apparently snapped his neck or spine. 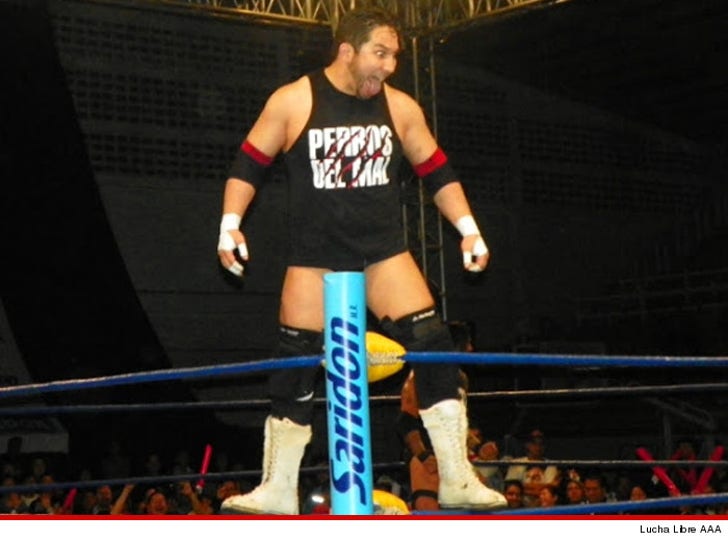 The wrestlers didn't seem to realize the extent of the injury at first -- but soon realized something was wrong. Once everyone realized how serious it was -- Aguayo was put on a stretcher and rushed to a hospital where he was pronounced dead.

According to reports, Aguayo was only 35-years-old