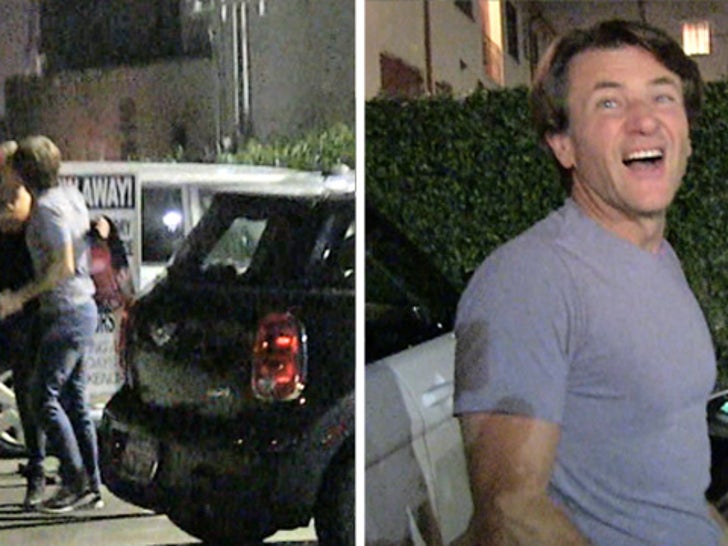 "Shark Tank" star Robert Herjavec has an interesting way of saying goodbye to his "friends" ... by planting a big, juicy wet one on their smackers.

Robert and his "Dancing with the Stars" partner Kym Johnson were leaving Greenblatt's Deli in Hollywood Friday night, where they were full-on kissing.

A coy Robert explains, they're not dating ... they're just friends who dance.

They've actually been very open about their relationship ... people on DWTS all know the deal.

If there's any doubt about Robert's wealth, this video should put it to rest. Do you know what a turkey sandwich costs at Greenblatt's?