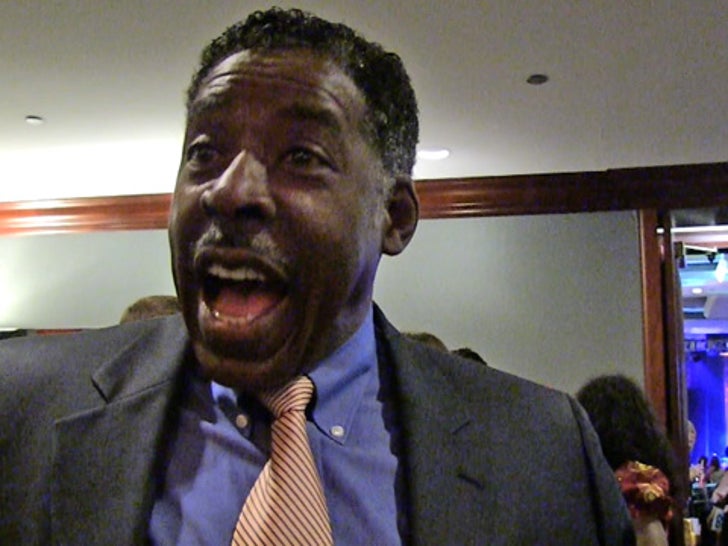 Ernie Hudson did some serious moonwalking Saturday night and said he now loves the all-female reboot of "Ghostbusters."

The guy who played Winston Zeddemore in the first 2 installments was a verbal contortionist, explaining how he didn't like the idea in theory but now in reality he likes it a lot and would even consider joining the cast.

Back when there were just rumblings about an all-girl cast, he called it a "bad idea," but he's changed his tune ... he says because the cast is awesome.

Watch the video ... there's a good peek into how Hollywood works. Ernie is careful not to seem too eager to become part of the 3rd installment. It's all about negotiations, folks.