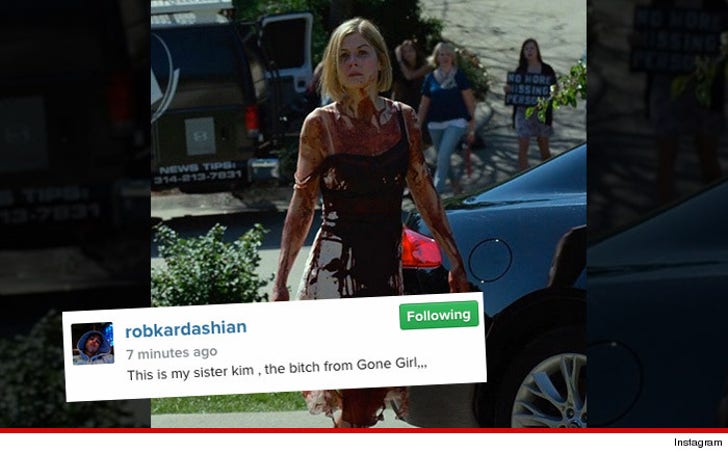 1:30PM PST: Rob has now followed the family back on Instagram, including Kim.

Rob Kardashian clearly hates his sister Kim, comparing her to Amy Dunne, the sociopath from "Gone Girl" who killed her ex-boyfriend.

Rob just posted this pic on his Instagram, and it's really shocking. He's been MIA for months, but he's now re-surfacing in a big way.

You'll recall Rob bailed on Kim's wedding in Italy just before the photo shoot, and it seemed at the time there was bad blood, but that blood is clearly boiling now.

It's possible he's joking, but it's highly unlikely ... this is super aggressive.