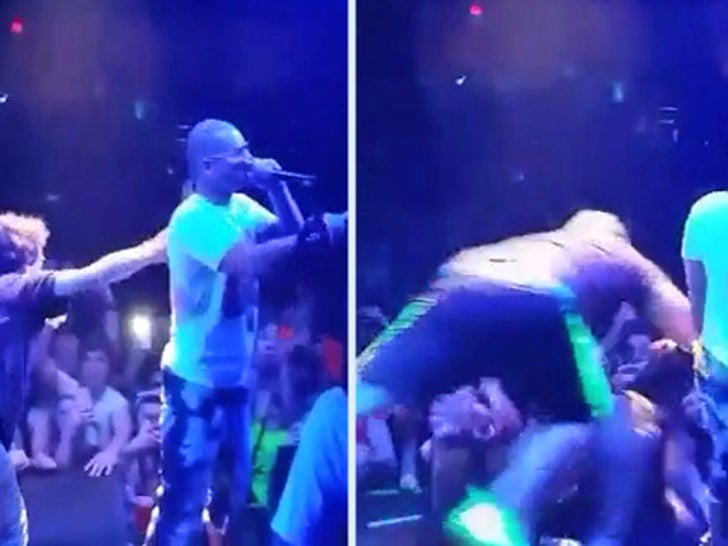 Riff Raff's bodyguards are under strict orders ... annihilate any guy that tries to get onstage with him ... but hot chicks have a free pass!

Under his guidance, Raff says his bodyguards have free reign to destroy any male who rushes the stage, and he is totally fine with what happened to the guy last week in Houston. As Raff puts it, "If a dude jumps onstage, they volunteer themselves to play NFL street football."

But the rules are the exact opposite when it comes to women. Raff explains, "If you’re a hot chick onstage, it's cool if you come on with your jugs bouncing."

R-squared did not elaborate on who would determine if you're hot -- so, 5s and 6s beware? 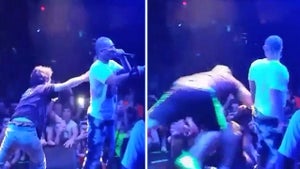 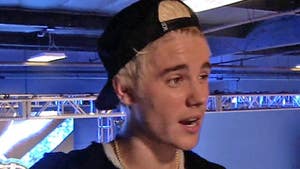