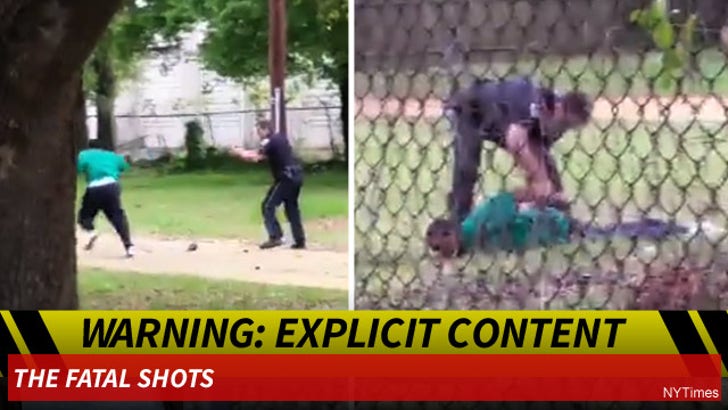 A white South Carolina police officer has been charged with murder for shooting an apparently unarmed black man 5 times as he ran away -- and video has just surfaced of the horrific incident.

The victim is Walter Scott -- a 50-year-old man who was pulled over in North Charleston on Saturday for having a broken taillight on his Mercedes-Benz. According to police, Scott ran away from Officer Michael Slager during the stop ... Slager ran after him, and then fired his Taser.

Police say the Taser did not stop Scott and the men wrestled. The video -- obtained and first posted by the New York Times -- begins right after the scuffle. Scott is seen running away from Slager, who opens fire 8 times. Scott was hit 3 times in the back, once in the butt, and once in the ear.

In his first communication after the shooting ... Slager said, "Shots fired and the subject is down. He took my Taser."

The NY Times slowed down and enhanced a portion of the video after the shooting -- and it appears Slager dropped something next to Scott's body.

Scott was pronounced dead at the scene.

The FBI and Justice Dept. are investigating the incident. 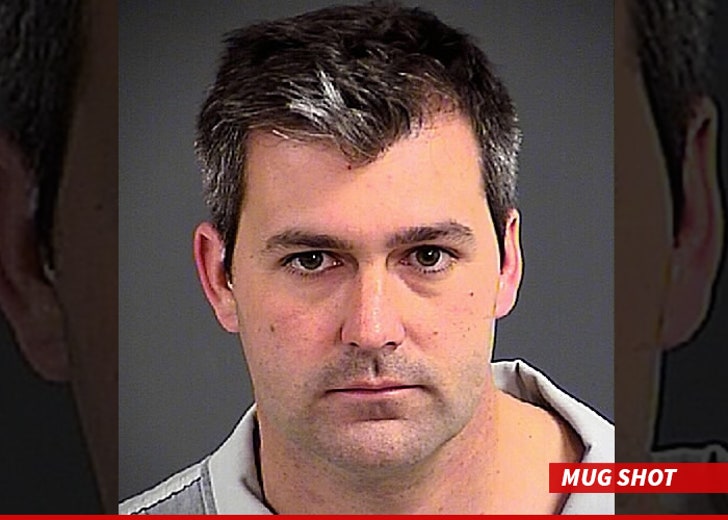