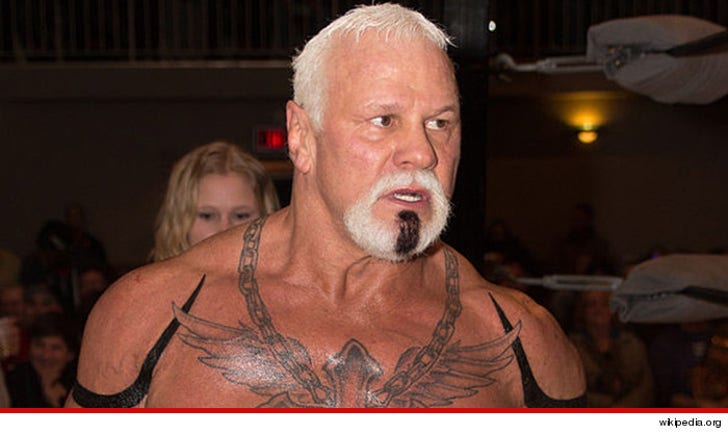 Scott Steiner is calling BS on Hulk Hogan -- claiming he never threatened to kill the guy before WrestleMania ... and says Hulk's just acting like a scared little bitch.

We broke the story ... Steiner is under investigation over a March 26th encounter with Hulk's wife Jennifer -- when she claims Steiner grabbed her at the San Jose airport and told her he was going to kill Hogan. Jennifer and Hulk filed a report with police the next day.

Steiner says he did approach Jennifer that day -- but only to talk some serious smack about Hulk introducing "Macho Man" Randy Savage at his WWE Hall of Fame ceremony.

"I told her Hulk introducing 'Macho Man' into the Hall of Fame is bullsh*t ... He hated him. Everyone knew that."

Steiner says there were cops nearby during the airport incident -- "So if she felt her life was threatened, why didn't she talk to the cops?"

As far as the investigation goes, Steiner says he has NOT yet been contacted by police.

He did have one final thought -- "It's not my fault Hulk Hogan is afraid of me." 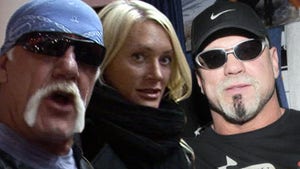