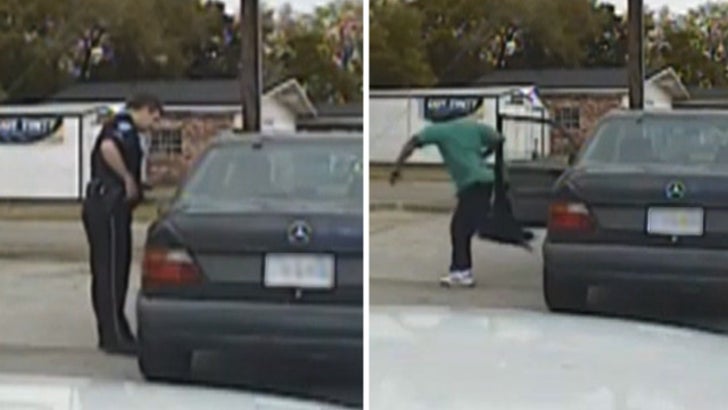 The South Carolina cop charged with murdering Walter Scott had a very ironic song playing in his patrol car as he took off on foot to chase Scott ... and eventually shot him 5 times.

Police released Officer Michael Slagers' dash cam video from the traffic stop, and you can hear Everlast's "What It's Like" playing in the car. If you don't know the 1998 hit ... it's an extremely mellow anthem urging people to avoid pre-judging strangers.

The song is interesting ... considering the allegations of gross racial profiling attached to the case.

As we previously reported ... Scott was pulled over by Slager for a broken taillight, but a scuffle broke out between them after Scott attempted to flee. Scott was unarmed when he was shot in the back.