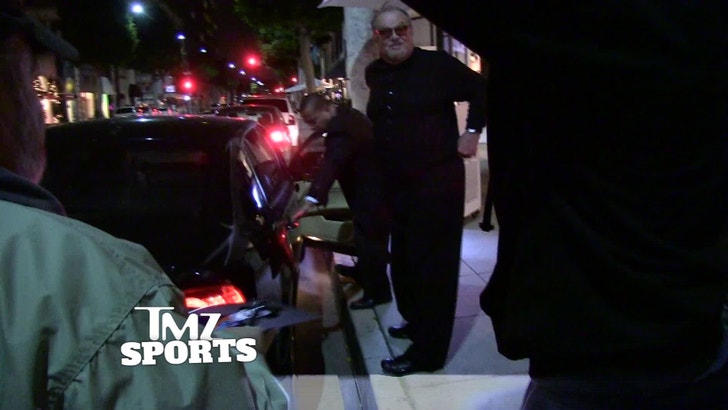 Seems Jack Nicholson's not completely over the Lakers after all ... 'cause the Hollywood icon just told us he couldn't care less about the NBA playoffs ... since the Purple and Gold ain't in 'em.

Check out the clip ... Nicholson essentially says the NBA season is over for him -- and the insinuation is that he lost interest when the Lakers were eliminated from playoff contention.

When we pointed out that several teams are still going strong, including the Clippers -- Nicholson reinforced his point.

It's an interesting statement ... considering it seemed like Jack was at the end of his rope with the Lakers back in February and seemed thiiiis close to giving up on the team altogether.

But after watching the clip, it's pretty clear ... he'll always have a place in his heart for the Lake Show ... no matter how bad they are.